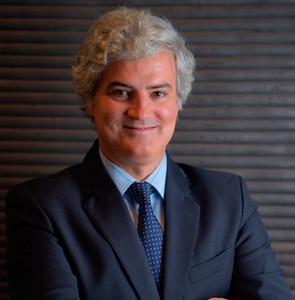 After setting up a consultancy and management company for SMEs, Gonzalo then joined the Iusfinder Abogados national and international law firm where he spent time training in the different company departments. He subsequently occupied positions in the commercial law department, more specifically in the area of company law, where he was involved in negotiating and drawing up commercial and administrative contracts as well as participating in company merger and acquisition operations.

He also gained extensive experience in employment law and became responsible for this area at Iusfinder Abogados (Madrid). He was involved in company collective bargaining agreements, redundancy proceedings, employment audits and all kinds of activities with the employment, administrative and judicial authorities.

Since october of 2003 he is a founding Partner in Zurbano + Caracas Abogados.

In accordance with his multidisciplinary training in advising companies, he has participated in advising and negotiating numerous operations, as well as in drafting contracts, in business acquisition operations in sectors as diverse as logistics, media, negotiation of image rights, etc. Likewise, he has participated in absorption processes , mergers and extinction of companies, including intervening in insolvency proceedings and being in charge of negotiations for the orderly closure of companies. He is thus, a legal business advisor.

Likewise, he has participated in real estate-financial operations for the sale of assets, in all its phases and forms, participating in projects for the purchase of construction plots, under a self-promotion regime, sales, etc.

Due to his special fondness and interest in the world of Contemporary Art, he advises and collaborates with national and international Collectors, galleries and artists in the creation of structures for the exhibition of Art Collections, drawing up the pertinent contracts, etc.

In labour matters, he has given advice on various employment regulation files and legal audits within the socio-labor sphere of different companies. He has participated directly in the constitution and development of UTE for various public tenders at both a state and regional level.